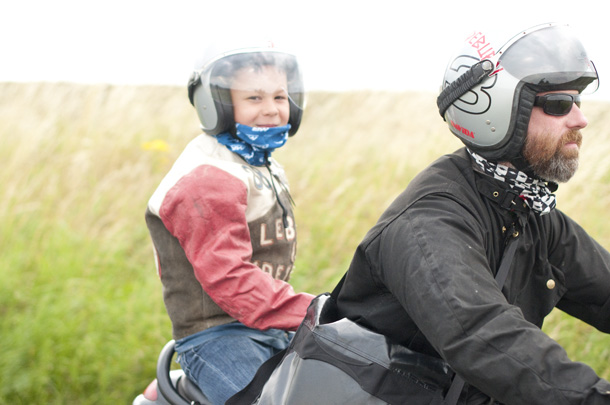 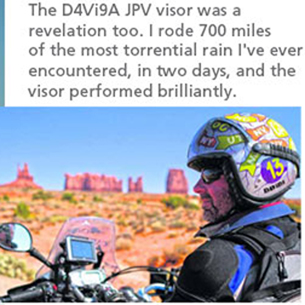 As all aficionados of open face helmets know, the art of staying comfortable is getting the right combination of eyewear and rain can be a hell of an obstacle to overcome. Gary found himself battling through ‘700 miles of the most torrential rain I’ve ever encountered, in two days, and the visor performed brilliantly’. Since we introduced the D4Vi9A JPV visor in 2012 it has become the preferred solution for most of the riders at Davida and for many of our customers, including MCN’s Liam Marsden who, because he wears glasses, finds using goggles tricky. 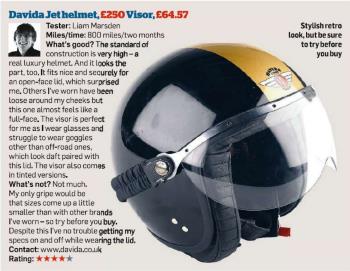 With a protective rubber strip beneath the sprung steel frame the JPV sits quietly in the up position and slides easily down over the eyes without damaging the helmet paintwork. 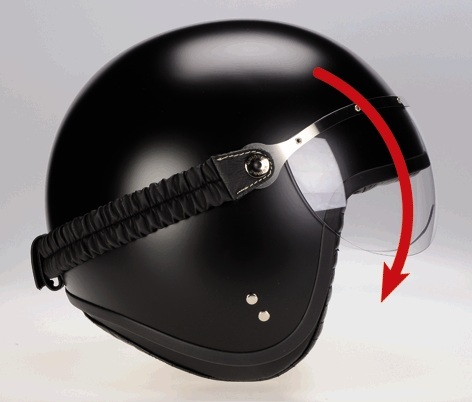 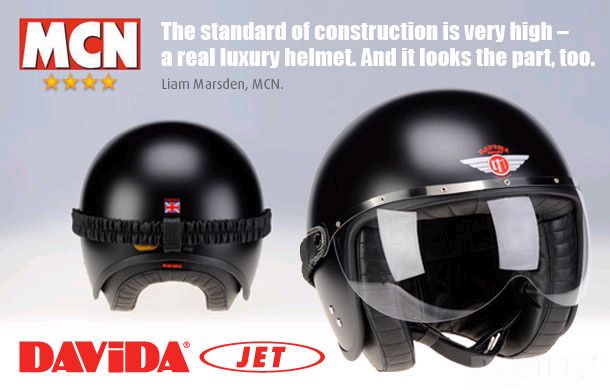 Competition Terms and Conditions apply. You must be over 18 to enter the competition which closes 31st September 2013.